Waking up in Bangkok

After 8,761 miles, 20 hours of flying and three months of anticipation the day had finally come for me to wake up in Bangkok. The smell of burning incense filled the air, while the sound of firecrackers popped along the banks echoing back and forth as morning rituals got underway. With half a plan we caught a boat north along the winding Chao Phraya River to moon over temples and marvel at shrines.

“A journey of a thousand miles must begin with a single step.” — Lao Tzu

My new favorite onomatopoeia and first Tuk Tuk sighting! With their bright colors and adorable buggy features they frequented the limelight quite often. Shutterbug!

Nestled in secluded spaces, shrines and spirit houses are gifted sacred offerings to honor the Triple Gem of the Buddha. Firecrackers greet each day sounding celebrations of good fortune and answered prayers. Fragments of smoke purify the air allowing truer self to shine. Which begs the question: What are you devoted to?

Wat Saket: From atop the Temple Of The Golden Mount panoramic views and seas of high-rises offer a sense of peace.

Wat Benchamabophit: An entrance fit for a king. 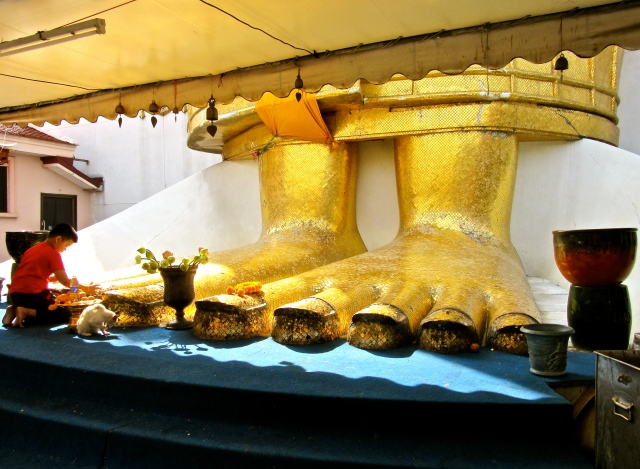 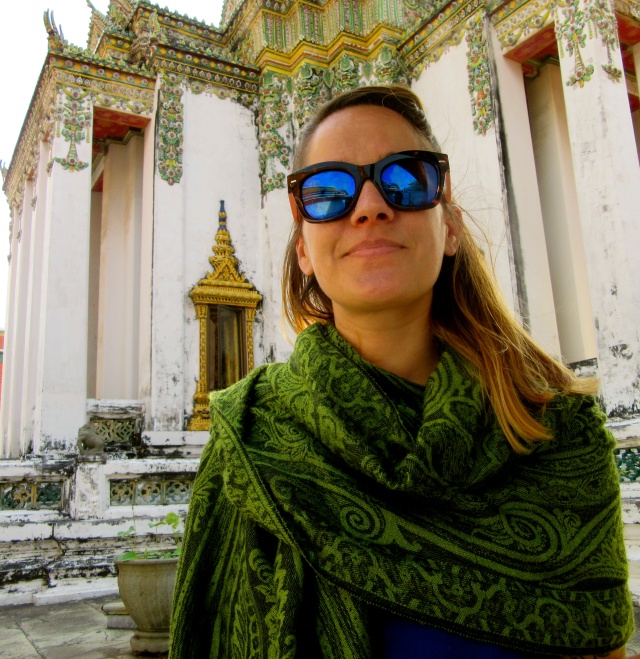 Erawan statue outside the Grand Palace.

The King of Thailand, Bhumibol Adulyadej has led the monarch since 1947. Also known as Rama IX , he is the longest serving current head of state and the city is adorned with photos in his honor. 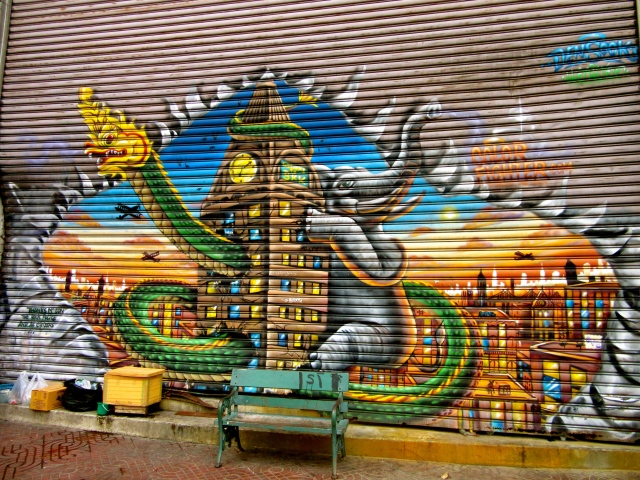 Pitaya: An Electric pink fruit with soft flame shaped petals. A tasteful cross between a pear and a kiwi. Their trees amaze as well; astonishing feat in strength over gravity.

Translated to English: There is delicious Pad Thai in here for you to eat Ali.

Green City: Never miss a moment to hang a planter. 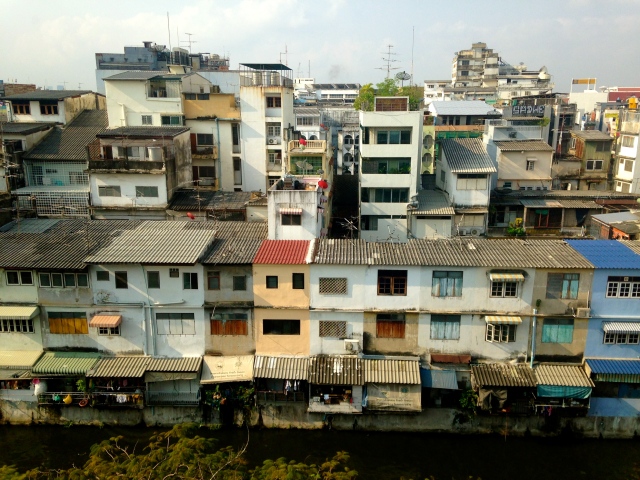 Street meat (never could discern from what animal) and Tuk Tuks!! Love at first sight. 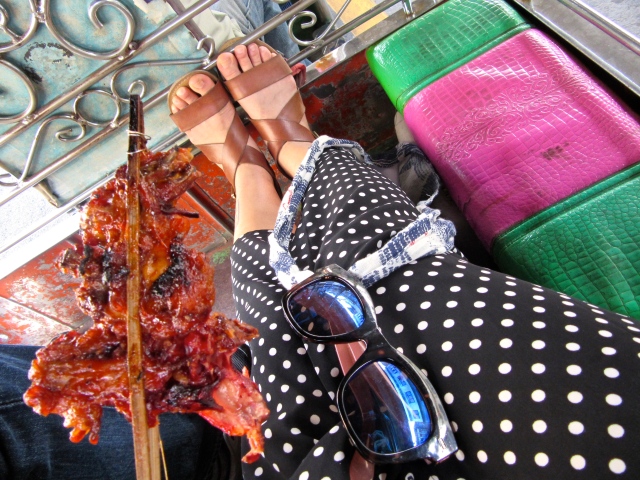 ← A Rock’n Birthday in Gibraltar
Ayutthaya, Bangkok: What Remains → 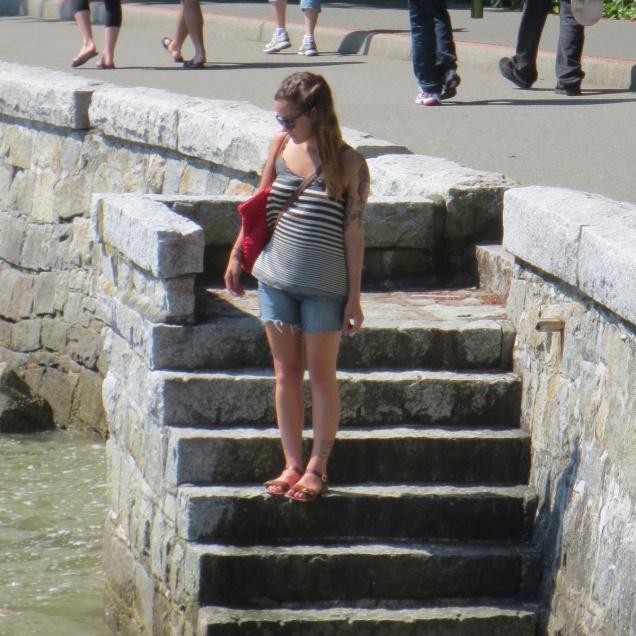 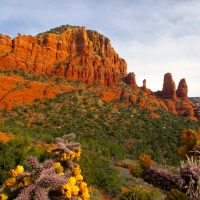 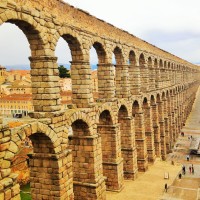